The family of a man killed in an explosion on the Las Vegas Strip was planning to bring his body back to Mexico while investigators looked into his background for clues. 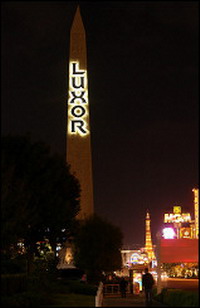 Willebaldo Dorantes Antonio, 24, died Monday after a homemade bomb on his car exploded as he picked it up inside the Luxor hotel-casino's parking garage. He was leaving work at a hot dog stand and was with his girlfriend, who was not injured.

Investigators have said they believe he was the intended victim of the blast, though they have not offered a reason he was targeted.

"He was not part of any gang," Max Dorantes, a cousin, said Wednesday. "He was a working guy, a very good guy. He worked two jobs. He was one of my good friends."

Dorantes, 22, of Newport, Oregon, said his cousin had been in the U.S. illegally for about three years and had two girlfriends - one a co-worker at the hot dog stand and another who left their 6-month-old son with relatives at home in Mexico when she traveled to Las Vegas about two weeks ago. He said he was not sure if the women knew about each other.

Tom Mangan, a senior agent with the Bureau of Alcohol, Tobacco, Firearms and Explosives, said investigators were reviewing Dorantes Antonio's dating relationships, his immigration status, his travels between Mexico and the U.S. and his work.