Parliament on Thursday will hold a final vote on a key constitutional amendment to let the public - rather than legislators - elect the president. 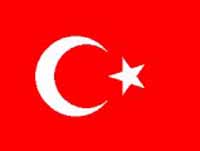 The Islamic-rooted government pushed the amendment after opposition lawmakers boycotted the process to elect a new president from the ruling party over fears that, if elected, he might help the government to increase the influence of religion on politics and daily life in this secular country.

In Thursday's second and final vote on electing the president by popular vote, the amendment must get a two-thirds majority in the 550-member Parliament for it to pass. Otherwise, a referendum might be inevitable.

Legislators have said that if the amendment is passed, Turkey could hold general and presidential elections on the same day.

However, President Ahmet Necdet Sezer, who holds veto power on legislation, could decide to veto the measure or take it to a referendum as well. Sezer has already spoken against the measure, saying the time is not right for such a change because of ongoing political tensions.

Parliament on Wednesday formally declared an end to the presidential voting process after Foreign Minister Abdullah Gul announced that he was dropping his bid for president.

The secular parties fear that if Gul becomes president, the Islamic-rooted party could challenge the country's secular system. The government, however, firmly rejects the claim.

The division over the country's identity comes at a time of questions in Europe over whether the membership of this Muslim nation with more than 70 million people would conflict with European Union values.

Turkish leaders argue that this Muslim country, which has a younger population than most European countries, could energize the bloc while bringing in cultural diversity. Turkey is located between the Middle East and Europe.

"Each new member has brought unique inputs to the Union's cultural diversity, values and more significantly to its future vision," Gul said in a statement Tuesday.

Erdogan on Wednesday said his party would accept nominations from politicians as young as 25 to win the support of younger voters.

The government also plans to introduce a measure that would make it harder for a pro-Kurdish party to field independent candidates.

Currently, a party needs 10 percent of the vote to win seats in Parliament. The Kurdish group, the Democratic Society Party, said it plans to circumvent that rule by making its candidates stand as independents. They would then form a party with their individual seats once they got into Parliament.

The European Union has called on Turkey to reduce the threshold and ensure wider representation in Parliament.

Turkish leaders apparently fear that, if elected to the Parliament, Kurdish politicians would have a higher political profile to push for cultural, social and economic rights for the country's Kurds, who are not recognized as an official minority.

Turkey has been fighting a separatist Kurdish guerrilla movement in a war that has killed around 40,000 people since 1984. Addressing the problems of Kurds, without giving into demands of the rebels, is an extremely sensitive issue.

Several predecessors of the Kurdish party have been shut down for alleged ties to the Kurdish guerrillas.