U.S. forces have been holding Associated Press photographer Bilal Hussein in Iraq for a year. Sami al-Hajj, a cameraman for the Middle East television station Al-Jazeera, has been detained since late 2001 and is currently at the military prison at Guantanamo Bay, Cuba. 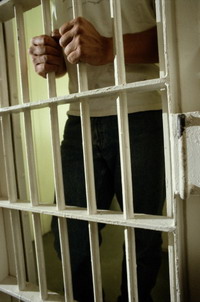 While U.S. officials allege that Hussein took photographs synchronized with explosions, indicating he was at a location ahead of time, Kathleen Carroll, executive editor of the AP, said he was "simply the unlucky fellow who happened to be the photographer for the world's largest newsgathering organization in a difficult province."

Carroll said the AP had examined 900 of Hussein's photographs and found no indication that he had been on the scene before attacks occurred.

Paul Gardephe, the lawyer handling the case for the AP, said the military recently acknowledged to him that it has no evidence to support earlier allegations that Hussein was involved in a plot to kidnap two other journalists.

Carroll said, "The sort of rolling set of allegations that arise and then disappear without the benefit of a trial ... or any kind of an official court proceeding is what is distressing to all of us here." She spoke during a panel discussion in connection with World Press Freedom Day.

Officials have what they believe to be information that links Hussein to insurgent activity, but most of the evidence is classified and will not be released publicly, said Col. Gary Keck, a U.S. Defense Department spokesman.

Hussein's detention is legal under U.N. Security Council resolutions that authorize the Iraq coalition to hold people for security reasons, Keck said. He added that the case has been reviewed several times by coalition and Iraqi officials.

Al-Hajj's attorney, Zachary Katznelson, said U.S. officials have offered varying allegations against his client but have never filed charges or presented evidence against him. Al-Hajj was stopped at the Afghanistan border by Pakistani authorities in December 2001 and turned over to U.S. authorities six months later.

"If there is any evidence, then let's see it," Katznelson said.

The Pentagon said there is classified and unclassified evidence to support his detention, and the unclassified portions have been available to the public.

"While Mr. al-Hajj has been given the opportunity to contest his status as an enemy combatant and challenge his continued detention through hearings and review boards at Guantanamo, he has repeatedly declined to do so," said Cmdr. J.D. Gordon, a Defense Department spokesman. "Instead, he has declined to answer any questions about his alleged role in supporting terror networks."

The panel discussion was sponsored by the Committee to Protect Journalists and the National Press Club's Freedom of Press Committee.