French judge Claude Jorda has resigned from the International Criminal Court because of ill health. 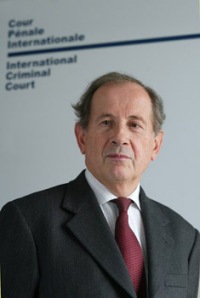 Jorda was presiding judge in the case of alleged Congolese warlord Thomas Lubanga, the only suspect in the court's custody. No trial date has been set for Lubanga, who faces charges of recruiting child soldiers in Congo.

Before joining the world's first global war crimes court for a six-year term, Jorda was among the first judges appointed to the Yugoslav war crimes tribunal when it was set up in 1994 and was appointed that court's president in 1999. He was credited with pushing through reforms aimed at streamlining often lengthy trials at the Yugoslav court.

Jorda also has served as Attorney-General of the Appeals Courts of Paris and Bordeaux and Director of Judicial Services for the French Ministry of Justice.

He has written extensively on human rights and international humanitarian law, the ICC said in a brief biography posted on its Web site.

Details of Jorda's illness were not released. He will leave the court on Aug. 12.

The International Criminal Court has 18 judges drawn from around the world.