Turkish government pushes to put presidential vote to the people

Turkey's Islamic-rooted ruling party on Tuesday defended its push for a constitutional amendment to let the people - rather than legislators - elect the new president, saying it would help overcome the impasse over the role of Islam in politics. 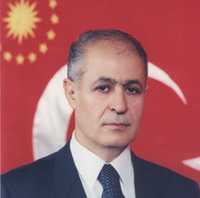 Turkish government pushes to put presidential vote to the people

In an initial round of voting, parliament on Monday approved the proposal to hold presidential elections by popular vote, despite the opposition of the main, secular opposition party. A second vote on the amendment was scheduled for Thursday, when a two-thirds majority is required for it to pass.

Cemil Cicek, the former justice minister, said the government's proposed change would be a "radical" solution to "the hesitations, the concerns caused by the presidential elections."

"If the French people can elect their president, so can Turkey," Cicek said, in reference to Sunday's elections in France.

Cicek, a member of Prime Minister Recep Tayyip Erdogan's party, was speaking at a ceremony where he handed over his post to his undersecretary, Fahri Kasirga, in line with a law that requires independent officials to run the ministries of justice, transport and interior ahead of general elections.

Gul dropped his bid for president after a second boycott of the vote on Sunday, saying parliament was deadlocked.

The secular parties fear that if Gul becomes president, the Islamic-rooted party would consolidate its powers and increase the influence of religion on politics in this predominantly Muslim but secular country.

Secularism is enshrined in Turkey's Constitution and is fiercely guarded by the judiciary and the powerful military.

Although Erdogan's party rejects the label "Islamist" and has done more than many other government to advance Turkey's European Union membership bid, secular Turks remain suspicious of its intentions. Hundreds of thousands took to the streets in recent weeks to protest the nominating of a candidate with Islamic leanings.

"We have worked harder than any party in Turkey's history to make Turkey a member of the EU," Gul told Newsweek magazine in the May 14 issue. "Why would we do this if we are trying to Islamize Turkey?"

The proposed constitutional amendments which Parliament took up on Monday also include reducing the presidential term from seven years to five, allowing the president to stand for re-election for a second term, holding general elections every four years instead of five, and reducing the number of lawmakers for a quorum for parliamentary decisions to 184.

Legislators from Erdogan's party have said that if the amendments are passed on time, Turkey could hold general and presidential elections on the same day, July 22.

However, President Ahmet Necdet Sezer has the power to veto the amendment and could even call for a referendum on it.

Sezer has publicly shared his concerns over the government's attempts to increase the profile of Islam in Turkey. The military also stepped into the debate, threatening to intervene to ensure that secularism is enforced.