The Senate dismissed a bid to allow consumers to buy their prescription medicines abroad, requiring U.S. officials to certify the safety and effectiveness of such drugs. 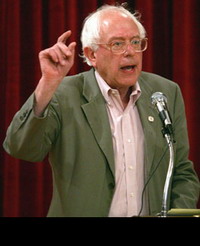 The certification amendment, passed on a 49-40 vote, would require health officials to do something they have long said they cannot.

Because of that, the vote undercut a second measure that would permit prescription drug imports from Food and Drug Administration-approved sources in Canada, Australia, Europe, Japan and New Zealand.

The Bush administration opposes allowing imports of prescription drugs, and the White House had threatened a veto.

Sen. Bernie Sanders called the certification amendment a "poison pill" for the drug-imports legislation. Sen. Byron Dorgan acknowledged it voided his bid to allow the purchase of drugs abroad.

Overseas, drugs can cost two-thirds less than they do in the United States, where prices for brand-name drugs are among the highest in the world. In many industrialized countries, prices are lower because they are either controlled or partially controlled by government regulation.

Allowing imports from those countries would drive down U.S. brand-name drug prices, Dorgan has said.

The idea of allowing prescription drug imports enjoys broad popular support. However, lower prices overseas would not automatically translate into large savings for domestic consumers, according to a 2004 study by the Congressional Budget Office.

The study found that allowing drug imports from a broad set of countries would cut U.S. drug spending by $40 billion (29.3 billion EUR) over 10 years, about a 1 percent savings.

The pharmaceutical industry vehemently opposes allowing drug imports, arguing that they could leave the United States vulnerable to dangerous counterfeits.

Similar drug-import legislation is pending in the House of Representatives.