Error foils attempt to get into record books

Arithmetical errors prevent from getting into the record books. 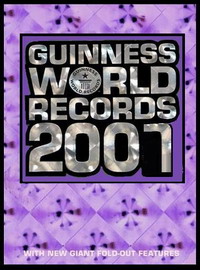 Error foils attempt to get into record books

George Hood spent 85 hours riding a stationary bike in January, riding the equivalent of about 1,080 miles (1,738 kilometers), and thought he had bested the existing record of 82 hours.

About 40 volunteers took turns logging Hood's efforts, but they made addition and subtraction mistakes and had trouble reading a 24-hour clock, Guinness officials said.

Even without the record, his ride raised nearly $30,000 (22,122 EUR) for a group that helps families of police officers killed on duty.

And he is planning to try again this summer, hoping to hit 101 hours over four days.

"If I'm going to go through all this training and work, I want to be published," he said. "I won't be denied."