Capital capture in main island of Comoros can lead to coup

Soldiers loyal to a former leader seized the capital of a main Comoran island, raising fears of another coup in a country with a history of 30 years of coups and political turmoil. 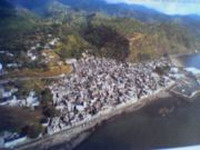 Capital capture in main island of Comoros can lead to coup

The fighting Wednesday in the capital of Anjouan island, Mutsamundu, damaged vehicles and buildings but there were no casualties, according to a government minister and lawmaker.

Each of the three main islands in this Indian Ocean archipelago has a regional president, and Wednesday's fighting appeared to be an attempt to take over only Anjouan's government - not the country's main leadership based in Moroni.

"Mohamed Bacar is playing with fire," said Fele, a lawmaker with the regional parliament who gave only one name.

In Moroni, the capital of the Comoros archipelago, Information Minister Madi Ali read a statement Thursday on Radio Comore condemning the takeover and asking the international community to act against it.

The two sides clashed because Bacar does not recognize the interim government of Houmadi Kaanbi. Last week, the Comoros' constitutional court ruled that Bacar had served his term, which ended April 14, and that Kaanbi should serve until elections next month when all three Comoros islands are to elect their presidents.