Bosnia's top international official appointed a special coordinator for the eastern Bosnian town of Srebrenica where Muslim returnees threatened to collectively move out if their living conditions do not improve. 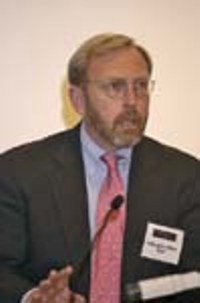 At the beginning of March, a group of Muslims called for a change in the Bosnian constitution to erase the ethnic division of the country, claiming it was impossible to live in a town which offers few jobs and where they claim perpetrators of genocide still live.

During the Bosnian war, Bosnian Serb troops overran the Muslim enclave in June 1995 and slaughtered up to 8,000 Muslim men and boys. The International Court of Justice in The Hague declared in February that Bosnian Serb troops committed genocide in Srebrenica.

The peace agreement that ended the 1992-95 war left the country divided into a Serb republic and a federation of Bosnian Muslims and Croats. Srebrenica ended up in the Serb ministate.

Several hundred Bosnian Muslim survivors returned to their homes and generally described life there as hard and humiliating. Many of them claim some perpetrators of the massacre are still living there and that they are forced to meet them on the street daily.

"We, the citizens of Srebrenica, will not stay and live in a ... ministate that committed genocide," they wrote in a letter sent to the government in Sarajevo as well as the United Nations and the European Union

The group set up tents on Sarajevo's outskirts and several of the returnees settled there to wait for the outcome.