Fighting the opening of a mosque in his suburban neighborhood a man filed a lawsuit Tuesday seeking to halt construction. 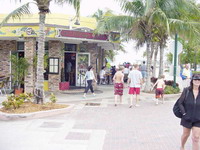 Rodney Wright claims the relocation of the Islamic Center of South Florida to a new, larger building in his Pompano Beach neighborhood "presents a substantial harm to the well-being, safety and health" of the community. Wright identifies himself as a Christian.

The lawsuit claims the leader of the mosque, Imam Hassan Sabri, has been associated with people tied to terrorist groups, including al-Qaida, Hamas and the Palestinian Islamic Jihad, although the connections outlined in Wright's filingt appear loose and there is no accusation of direct wrongdoing.

Sabri has not been charged with any criminal wrongdoing and neither he nor his mosque have been the target of any publicized investigation. The imam did not return a call seeking comment.

Larry Klayman, the attorney for Wright, claims the filing does not amount to an anti-Muslim action. He would not make Wright available for questions and a message left at a telephone listing for Wright was not immediately returned.

"The mosque is radical, the imam is radical," Klayman said. "We believe they will go out and recruit people in the African-American community to do their bidding."

"I'm very much disturbed that in this day and age you'd find people going to such extreme measures to prevent a house of worship from being built in any American city," said Altaf Ali, executive director of the South Florida chapter of the Council on American-Islamic Relations, which is also named as a defendant in the lawsuit. "I look at this as an act of religious intimidation."

Besides the lawsuit's terrorism allegations, it also includes more routine complaints, including that prayer meetings could cause substantial traffic and taxpayers will be forced to foot the bill for increased infrastructure and police protection.

The Islamic Center of South Florida has been in Pompano Beach, about 30 miles (50 kilometers) north of Miami, for more than 20 years.

Klayman became well-known after founding the conservative, Washington-based watchdog group Judicial Watch in 1994 which, at its outset, primarily targeted Bill and Hillary Clinton.

Klayman has also brought cases against Vice President Dick Cheney, Osama bin Laden, Cuban leader Fidel Castro and the Teamsters labor union. He has even sued his own mother.