Management company has filed a breach of contract suit against Jennifer Love Hewitt, claiming she backed out on a 2002 agreement to pay a 10 percent commission on deals negotiated while the company handled her. 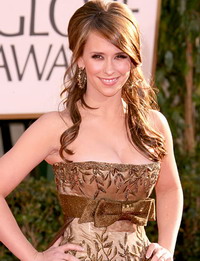 The oral contract should include earnings from "The Ghost Whisperer," Handprint said in the complaint filed in Superior Court.

Hewitt's publicist Sarah Fuller referred all questions about the case to the actress' attorney Bob Wallerstein. Wallerstein did not immediately return a message left at his office.

Handprint said Hewitt acknowledged the agreement by paying 10 percent of her earnings from her first season on the program, even after replacing the management company.

Hewitt, star of the slasher flick "I Know What you Did Last Summer," "knows what she did last season," the complaint said.