New York officials want to increase the punishment for flashers

City officials want to increase the punishment for people who expose themselves on the streets and subways of New York. 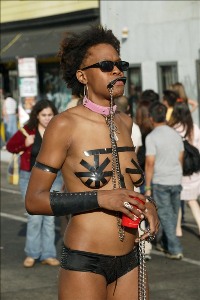 New York officials want to increase the punishment for flashers

On Monday, a City Council committee heard testimony on legislation that would change the classification of public lewdness from a class B misdemeanor to an A class. The change raises the possible fine for each offense from $500 (EUR368) to $1,000 (EUR736) and increases the maximum jail time from 90 days to one year.

Flashing and groping have long been a problem in New York City, especially on subway cars and platforms. Last year the New York Police Department launched "Operation Exposure" to catch flashers in the act by sending undercover officers into the transit system.

The sting operation was conducted five separate times, resulting in 29 arrests. And in total for 2006, there were 556 arrests for public lewdness, up from 408 the previous year, according to Karen Agnifilo, general counsel to the city's criminal justice coordinator.

Agnifilo told the council committee that Mayor Michael Bloomberg's administration favors increasing the local penalties for the crime, as well as changes to the state penal code to make it a felony for repeat offenders.

"This behavior is not only offensive to victims; it can be frightening and violating," Agnifilo said. "Public lewdness is more than simply a crime of exhibition it is a crime of intimidation."

A 24-year-old woman who was flashed in 2005 while riding the R subway train through Manhattan in the middle of the afternoon came to testify at the hearing, and broke down while telling her emotional story to the lawmakers.

"I'm sorry I feel very strongly about this issue and I really don't want this to happen to other women," said Thao Nguyen.

Councilman Peter Vallone Jr., who introduced the council bill, is also seeking state action to add public lewdness to the list of crimes covered by the registry that tracks the whereabouts of convicted sex offenders.

Such registries vary by state some include crimes like flashing and pimping, while others are more limited.

State lawmakers in Albany have indicated they are open to the idea.

Vallone, a former prosecutor and chair of the council's Public Safety Committee, introduced the council bill after three children were flashed recently in his home borough of Queens by a man who then assaulted a fourth child.