Robert Rosenthal has died at age 89. He was a World War II bomber pilot who twice survived being shot down in raids over Europe and later served on the U.S. legal team that prosecuted Nazi war criminals at Nuremberg. 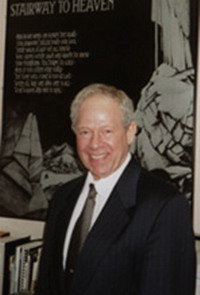 Rosenthal, who lived in Harrison, New York, died April 20 of multiple myeloma, according to a son, Steven Rosenthal, of Newton, Massachusetts.

With 16 decorations including the Distingushed Service Cross, the nation's second-highest award for heroism, Rosenthal was a quintessential example of the young Army pilots, some barely out of their teens, who defied seemingly hopeless odds to carry out daylight strategic bombing raids against Germany's industrial war machine from 1942 to 1945.

Despite being able to absorb punishment, the B-17 Flying Fortresses, carrying 10 crew members, took staggering losses over Germany, especially when flying raids beyond the range of their England-based fighter escort.

Rosenthal's 52 missions included one, on Oct. 10, 1943, in which his aircraft was the only one of 13 to return from a raid on Munster, the rest having been downed by anti-aircraft fire and waves of Luftwaffe fighters. Rosenthal's B-17 reached England with two of its four engines gone, severe wing damage and two wounded crew members.

His bomber was dubbed "Rosie's Riveter," a play on both his name and the sobriquet given to women working in U.S. defense factories. He also flew other B-17s, including "Royal Flush," when "Rosie's Riveter" was being repaired, Steven Rosenthal said in a telephone interview.

Rosenthal's plane was disabled by flak over France in September 1944 and he suffered a broken arm and other injuries in a forced landing, but was helped to safety by French resistance fighters. Five months later, he was shot down again during a raid over Berlin, and got home with the aid of Russian troops, via Poland, Russia, Iran, Egypt, Greece and Italy.

"I couldn't wait to get over there," he told Donald Miller, author of the 2006 book, "Masters of the Air: America's Bomber Boys Who Fought the Air War Against Nazi Germany."

He was assigned to the 100th Bomb Group, based at Thorpe Abbott air base near Norwich, East Anglia. The unit would become known as the "Bloody Hundredth," and the base today has a museum, maintained by local residents and dedicated to the deeds of the WWII airmen, Steve Rosenthal said.

Rosenthal shrugged off reports that he had relatives in German concentration camps as "a lot of hooey." "A human being has to look out for other human beings or there's no civilization," he told author Miller.

After Germany surrendered, Rosenthal was training to fly B-29 Super Fortresses over Japan when the war ended in August 1945. He returned home to a law practice but soon returned to Germany as part of the American legal team chosen for the Nuremberg war crimes trials.

Aboard the ship bound for Germany he met Phillis Heller, another attorney whom he married in Nuremberg. During the trials he interviewed ex-Luftwaffe commander Herman Goering, the highest-ranking Nazi defendant, who would evade the hangman by committing suicide, and former general Wilhelm Keitel.

"Seeing these strutting conquerers after they were sentenced ... was the closure I needed," he said. "Justice had overtaken evil."

Rosenthal is survived by his wife, son Steven and a second son, Daniel, of Weston, Connecticut, a daughter, Peggy Rosenthal, of Manhattan; four grandchildren and two great-grandchildren.