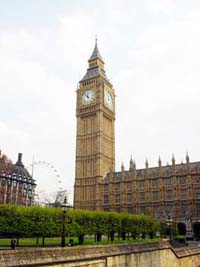 Kent Police said they believed there had been an earthquake and emergency services were responding.

"I was lying in bed and it felt as if someone had just got up from bed next to me," said Hendrick van Eck, 27, of Canterbury, 60 miles (100 kilometers) southeast of London.

"I then heard the sound of cracking, and it was getting heavier and heavier. It felt as if someone was at the end of my bed hopping up and down."

Strong earthquakes are rare in Britain.