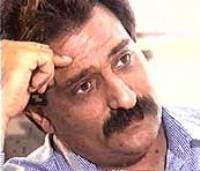 Longtime Israeli Arab lawmaker Azmi Bishara left the country a month ago and resigned from parliament over the weekend, accusing authorities of persecuting him for his strident criticism of the Jewish state.

The gag order banned publication of the details of a police investigation into Bishara's activities.

Paz Moser, a lawyer for newspapers that petitioned the court to declassify the information, said Bishara was under suspicion of crimes against the security of Israel, aiding the enemy during war, and receiving significant amounts of money from abroad. Some of the alleged offenses, Moser said, were carried out during Israel's war against Hezbollah guerrillas last summer.