Country music star Willie Nelson and his tour manager got in jail after pleading guilty in Louisiana to a misdemeanor count of marijuana possession. 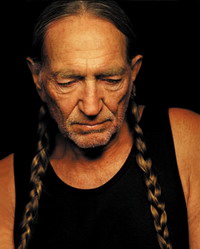 State District Judge Paul deMahy fined Nelson and Anderson $1,024 (754 EUR) each and put both on six months of probation. As part of a plea agreement, the citation against Bobbie Nelson was dismissed, local television station KATC-TV reported.

St. Martin Parish Assistant District Attorney Chester Cedars said he dismissed the citations against the two drivers because there was no indication they "had anything to do with the contraband."

Word that Nelson was in this small southern Louisiana town quickly spread, and about 25 fans gathered outside to wait for the entertainer after his brief court appearance. Nelson obliged, shaking hands, signing scraps of paper and posing for photographs.

"Thank y'all," he said, waving as he climbed into a waiting car.