Virginia's governor may close the loophole that allowed a mentally ill Seung-Hui Cho to buy the guns he used to kill 33 people at Virginia Tech, including himself. 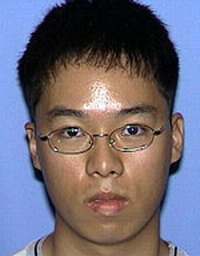 It was the worst mass shooting in modern U.S. history.

The governor also met with Korean-American leaders to assure them that Virginians do not hold people of Korean descent responsible for the tragedy. Cho was a 23-year-old South Korean immigrant who came to the U.S. at about age 8.

Cho's behavior so worried his family that his mother visited local churches to look for help in counseling him, one pastor said.

Federal law bars the sale of guns to people who have been judged mentally defective. But it is up to states to report their legal proceedings to the federal government for inclusion in the database used to do background checks on prospective gun buyers.

In Cho's case, a special justice ordered outpatient psychiatric counseling for him in 2005 after determining he was a danger to himself. But because Cho was never committed to a mental hospital, that order was never entered in the federal database.

Democratic Governor Timothy M. Kaine said in a radio interview he may be able to tighten that reporting requirement by issuing an executive order.

"This grabbed our attention," Kaine said later in an interview with The Associated Press.

Similarly, the chairman of a panel appointed by Kaine to review the massacre said the reporting requirement must be tightened.

"It's pretty clear: He should not have been able to obtain a weapon," said retired Virginia State Police Superintendent W. Gerald Massengill.

The governor also met in suburban Washington with Korean-American leaders.

The Korean leaders asked Kaine to boost mental-health funding for immigrants and their families.

Key Young Kim of the Korean Community Service Center of Greater Washington urged the governor to "help the citizens of this country not to mistake race as the cause of this incident."

Kaine said that state officials will watch for any reprisals against Korean Americans but that none have been reported.

One pastor in the Korean-American community said that well before the massacre, Cho's mother had been going from church to church looking for someone to counsel her troubled son.

"They went around seeking help for their son ever since he stopped talking 10 years ago," said Bong-han Kim, an assistant pastor at the One Mind Church of Washington in Springfield.

But Dr. Damian Kim, a New York City psychiatrist and psychoanalyst, said Korean-American parents may hesitate to seek outside help because of the stigma mental illness carries.

He said Koreans are fiercely proud and protective of their family name and reputation, a vestige of Korea's Confucian history and culture. The shame of one is shared by all, he said.

Among Korean Americans, the burden of trying to realize the American Dream can be immense, said Josephine Kim, a lecturer at Harvard who specializes in mental health issues among Korean Americans. She cited a study showing that 76 percent of Asian Americans treated in emergency rooms for attempted suicide cite intergenerational conflicts with their parents.

"The pressure is unreal. Korean parents view their children as extensions of themselves, so if the children fail, they fail," she said. "It's a culture that uses shame and guilt to get their kids to do things."