Ohio to execute man who killed his wife 13 years ago

A man who gunned down his ex-wife 13 years ago was at Ohio's death house Tuesday, a day after a federal appeals panel denied his late-hour request for an emergency delay of his scheduled execution. 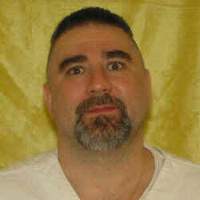 Ohio to execute man who killed his wife 13 years ago

The execution of James Filiaggi, 41, was set for Tuesday morning at the Southern Ohio Correctional Facility in Lucasville, barring a successful appeal by his attorneys to the full 6th U.S. Circuit Court of Appeals in Cincinnati or to the U.S. Supreme Court.

Filiaggi, a death row volunteer who had stopped appealing his sentence in 2006, reconsidered last week, asking the Ohio Supreme Court, a federal judge and a three-judge 6th Circuit panel to grant an emergency delay. All denied the request Monday.

Filiaggi sought to join several other Ohio inmates in a lawsuit challenging the constitutionality of lethal injection. The inmates contend that lethal injection constitutes cruel and unusual punishment, and Filiaggi argued in court papers that the method will, in effect, cause him to be tortured.

The Ohio Supreme Court turned down Filiaggi in a 5-2 ruling. U.S. District Judge Gregory Frost ruled Monday that Filiaggi failed to follow a state law requiring that a grievance over lethal injection be filed with the chief inspector who oversees the state prisons system, and a three-judge panel of the 6th Circuit agreed later in the day that there were no grounds to stop Filiaggi's execution.

Legal challenges to the use of lethal injection have been filed in several states with mixed results. Last month, the U.S. Supreme Court delayed the execution of another inmate in Ohio after he joined the same lawsuit.

Other executions in Ohio have been delayed in the past year because of the suit, although a former cult leader was put to death despite his appeal.

Filiaggi's execution would be the first under Democratic Gov. Ted Strickland, who took office in January. Strickland denied clemency last week, even though Filiaggi didn't ask for his life to be spared. The governor on Monday also refused to delay the execution to allow Filiaggi to pursue joining the lethal injection lawsuit.

Filiaggi's attorneys could not be reached for comment Monday night. Messages seeking comment were left at the Toledo offices of attorneys Jeffrey Gamso and Spiros Cocoves and at the Cleveland office of Gamso, legal director of the American Civil Liberties Union of Ohio.

Filiaggi had a strained relationship with Lisa Huff Filiaggi, whom he married December 1991. She filed for divorce nine months later and received custody of their two young girls when the divorce was granted in 1993.

James Filiaggi, who has a history of domestic violence, chased his ex-wife through her Lorain neighborhood on Jan. 24, 1994, then followed her into a neighbor's house and shot her in the head in a bedroom.

Attorneys for Filiaggi entered a plea of not guilty by reason of insanity, arguing that a brain disorder made him unable to control anger-filled outbursts. Prosecutors said he knew right from wrong. A three-judge panel in Lorain County convicted him of aggravated murder and other charges in 1995.

The couple's daughters, now 16 and 14, are being raised by Filiaggi's younger brother, Anthony Filiaggi, in Elyria.

Anthony Filiaggi said he had no plans to attend his brother's execution.

In a note to the Ohio Parole Board, 14-year-old Jasmin Filiaggi wrote that she had no sympathy for her father.

The state has put 24 inmates to death since resuming executions in 1999, all under former Gov. Bob Taft, a Republican.