Children should be shielded from exposure to disturbing news

Any time his 6-year-old son or 5-year-old daughter walks in on Jon Klein watching CNN, he quickly changes the channel. 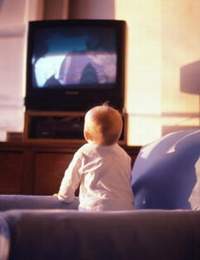 Children should be shielded from exposure to disturbing news

The CNN U.S. president knows better than most the conflicting agendas of news organizations and parents during tragic, disturbing stories. Seung-Hui Cho's massacre of 32 people at Virginia Tech last week was a particularly vivid example.

Experts say, to not risk emotional damage, it is important to shield youngsters from prolonged exposure to news coverage of events like these.

The Virginia Tech story had two flash points. The first was on the day of the event, as the magnitude and sheer horror of the shootings unfolded on television. Just as the shock was receding, news organizations carried fearsome pictures and video of the killer that he had sent to NBC News on the day of his rampage.

"If you let your kids watch stuff like this, you're committing child abuse," said Mark McGuire, a pop culture columnist for the Albany Times Union.

He happened upon his upset 5-year-old daughter watching the news in the aftermath of the Sept. 11, 2001 terrorist attacks despite instructions not to. She had turned on the TV and there it was. He changed his television set's settings so a children's channel automatically appears whenever the set is turned on.

Action-packed shots of people crying or screaming, wounded victims being rushed to ambulances or police moving into place with guns drawn are likely to be most upsetting to children up to age 6, said Joanne Cantor, a University of Wisconsin professor and author of "Mommy, I'm Scared: How TV and Movies Frighten Children and What We Can Do to Protect Them."

The repetitiveness of coverage adds to the distress.

The most frequently seen image on TV while the Virginia Tech story broke was a cell phone video taken by a student outside of the academic building where most victims were killed. It did not show much - a parking lot, police officers - but captured the methodical gunfire.

His daughter's innocent dinner table question shortly after the Sept. 11 attacks - why do they have to keep showing the planes going into the World Trade Center again and again? - led ABC News to a virtual ban of those images, said news chief David Westin. Executives there carefully consider each use of them; ABC has been a leader in sensitivity toward these issues.

Westin also does not have a 24-hour news network with space to fill, a big factor in the repetition.

Studies showed that the more time children watched news coverage in the aftermath of Sept. 11, the more likely they were to show anxiety, sleep disturbance and other signs of post-traumatic stress, Cantor said.

In the Virginia Tech case, children aged 7 to 12 can understand that people were killed in a place that's supposed to be safe and will wonder what that means for their own security.

Parents should not necessarily bring it up, but be ready to answer their children's questions simply, emphasizing how the youngsters have people who love them and are determined to keep them safe. It's a good time to give children extra attention and warmth.

"The most primal fear of all is a loss of attachment," said Donald Shifrin, a practicing Seattle pediatrician and chairman of the American Academy of Pediatrics communications committee.

Even if you have tried to keep children away from television coverage, recognize that they are likely to be much more aware than you think. They may have overheard conversations, seen the front page of a newspaper. If children see a parent hurriedly changing a channel or hiding a newspaper, it will make them that much more curious.

Cantor was particularly concerned about the impact of Cho's photos on young people.

"Up to this point they can try to imagine what it would be like to be confronted by this guy," she said. "But seeing him in this very menacing pose and spouting this invective, it's much more disturbing."

News executives like Klein and Westin say they consider every day the impact of what they put on the air. They are ultimately news executives, though. Not pediatricians.

"This is not a no-brainer or a black-or-white situation," Klein said. "People closest to these events express concerns and it's completely understandable. It's still our job to bring information to the public."

With the Virginia Tech story, Westin said ABC reporters tried hard to focus on the facts, since the emotion really carried itself. ABC showed portions of Cho's videos when they became available but, like other organizations, backed off before 24 hours had gone by. "We really don't need to see Mr. Cho anymore," he said.

Ultimately, it's an ugly story. The world can be ugly and so can journalism, when it reflects that world.

Besides less repetition, the childhood experts said they would like to see an effort by TV news organizations to warn viewers that the images they are showing might be disturbing to children.

For parents, one of many sad aspects of the Virginia Tech story is the reminder to be vigilant about what their children are watching.