Americans believe that broadcaster Don Imus' firing over racist and sexist remarks was appropriate, but whites were twice as likely as blacks to think his punishment was too tough. 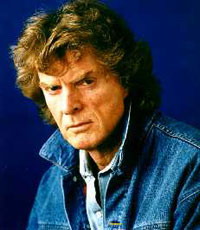 Imus was fired April 12 by CBS Radio after he called the Rutgers women's basketball team "nappy-headed hos" on the air. The cable television station MSNBC had canceled its simulcast of his morning radio show the day before.

Among those Americans who had heard "a little" or "a lot" about the Imus story, 54 percent said the host's removal from the airwaves was about right. Thirty-two percent said it was too tough, and 8 percent said it was not tough enough, according to the survey by the Washington-based Pew Research Center for The People and The Press.

Majorities of both blacks and whites - 54 percent of whites and 61 percent of blacks - agreed with Imus' punishment.

But 35 percent of whites and 18 percent of blacks said it was too tough.

The survey was based on telephone interviews with a nationwide sample of about 1,000 adults. The margin of sampling error is plus or minus 3.5 percentage points; the margin is larger for subgroups.