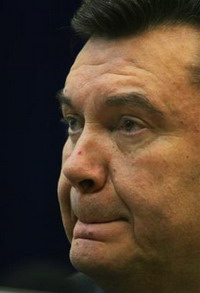 Ukraine was criticized on Thursday for its failure to follow out substantial reforms since President Viktor Yushchenko's rise to power three years ago.

They also said that the country's hastily adopted new constitution does not safeguard democracy.

Parliamentarians from the Council of Europe's 46 member states said the escalating political crisis in Ukraine is a direct result of insufficient constitutional reforms introduced in 2004, which they said did not fully define the competencies of the president, government and parliament.

"The political reforms that would set the rules of the game and enable law-based institutions to ... promote political competition have not been completed to date," the council's parliamentary assembly said in a resolution, after a heated debate in which both Prime Minister Viktor Yanukovych and President Viktor Yushchenko were criticized.

Parliament Speaker Oleksandr Moroz told journalists before the debate that his country would resolve the crisis "by our own means," without involvement from abroad.

Yushchenko issued a controversial decree April 2 to dissolve parliament and call early elections, accusing Yanukovych of trying to usurp power. Yanukovych and his majority in parliament called it unconstitutional and appealed to the Constitutional Court to weigh in. Both Yushchenko and Yanukovych have agreed to abide by whatever the court rules.

Yushchenko signed the dissolution decree after 11 lawmakers left pro-presidential factions to join Yanukovych's parliamentary majority, bringing him closer to the 300-seat majority necessary to override presidential vetoes. Yushchenko called it a revision of voters' will from last year's parliamentary election, which saw Yanukovych's party come out ahead but fail to get a majority on its own.

The standoff has plunged the ex-Soviet republic into its worst political crisis since the 2004 protests that propelled Yushchenko to power and became known as the Orange Revolution. The EU has expressed concern over the crisis and appealed to Ukrainian leaders to resolve it by legal means.