Many Malaysian businesses seem to be ignoring the government's warnings against computer piracy, despite recent raids that have led to the seizure of hundreds of unlicensed software copies, an official said Friday. 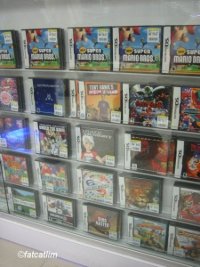 "I sincerely hope that this is not indicative of apathy ... in this country when it comes to the use of legal software in businesses," Iskandar said.

The firms raided this year were mainly in Kuala Lumpur, Malaysia's biggest city, he said.

Officials have seized 253 copies of unlicensed software and 53 computers, and were expected to file charges against the companies' management after investigations are completed.

Malaysia's copyright laws provide for maximum prison sentences of five years and a fine of up to 20,000 ringgit (US$5,700; EUR4,300) per infringement.

Some 60 percent of all software used in businesses in Malaysia was illegal in 2005, the latest year for which figures are available, according to the Business Software Alliance, an anti-piracy watchdog. Malaysia's software industry lost US$149 million to piracy that year.

"Raids ... carried out on a regular basis will reinforce the message that the government is serious about the enforcement of intellectual property rights," Sawney said.

Malaysian authorities seized more than 28,000 copies of pirated software worth 23 million ringgit (US$6.6 million; EUR5.0 million) in 2006 from companies, factories and offices nationwide, the government has said.