A senior U.S. legislator will start pushing to lift a U.S. ban on online gambling in the next few weeks, it is too early to make any concrete move to lift restrictions ruled illegal last month by the World Trade Organization. 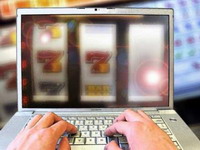 Congressman Barney Frank, the Democrat who chairs the committee that oversees financial services, told reporters that the online gambling bill passed last fall was "one of the stupidest things I ever saw."

"I want to get it undone. I plan to file legislation," Barney said, explaining that he would lay out his plans in the next couple of weeks but would not move them forward until other lawmakers are on board.

"I think a reconsideration among my colleagues is beginning," he said. "It's not far enough along yet so I wouldn't move the bill but I plan to introduce the bill and if storm of public unhappiness is great enough, I will try to substantially revise that ban."

The U.S. Congress House Financial Services Committee alone could not do more than lift a ban on using credit cards to pay for Internet gambling, he said.

"The first thing is to plant the banner out there and see how many people rally around it," he said.

The law prevents U.S. banks and credit-card companies from processing payments to online gambling businesses outside the United States.

A World Trade Organization panel ruled on another set of gambling restrictions on March 30, saying Washington had failed to change legislation that unfairly targets offshore casinos. It sided with Antigua and Barbuda, a former British colony in the Caribbean, that has promoted electronic commerce as a way to end the country's reliance on tourism, which was hurt by a series of hurricanes in the late 1990s.

The Geneva-based trade referee has said Washington can maintain restrictions on online gambling as long as its laws are equally applied to American operators offering remote betting on horse racing.

Better coordination between EU and U.S. regulators would give multinational corporations less leeway to play one off against the other, he said, mentioning taxation and climate change as policy areas where companies threaten to relocate to avoid stricter laws.

"The response you often get is: 'If you do this, we will leave.' The mobility of capital gives them both in real terms and politically a great weapon," he said. "If you could get some kind of policy coordination on a trans-Atlantic basis; if you could diminish that threat ... you are talking about a pretty big chunk of the world, and that's a place to start."

Officials from both regions meet in Washington on April 30 for high-level talks.