A coalition of media organizations filed documents in federal court opposing to a government request to close portions of an imminent trial of two former pro-Israel lobbyists accused of violating the Espionage Act. 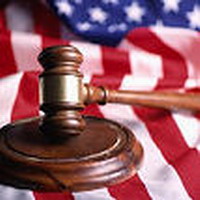 Media organizations, including The Associated Press, worry that the government wants to keep large portions of evidence in the case out of public view when former American Israel Public Affairs Committee lobbyists Steven Rosen and Keith Weissman go to trial.

Defense attorneys have expressed similar concern, filing a motion to "Strike the Government's Request to Close the Trial."

U.S. District Judge T.S. Ellis III rejected a similar motion filed last month and said then that he thought defense lawyers were being overdramatic in portraying the government as seeking to "close the trial."

In rare cases, courts have allowed the government to use what is called "the silent witness rule," in which a jury sees certain evidence against defendants that is never made available publicly.

Rosen and Weissman are accused of violating a rarely prosecuted World War I-era law that bars the receipt and disclosure of national defense information.