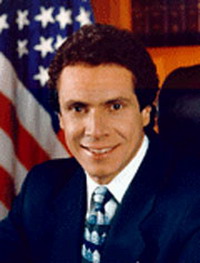 In a letter sent to Johns Hopkins President William Brody, Cuomo investigators said they believe Student Loan Xpress, a unit of CIT Group Inc., paid more than $21,000 for the school's director of student financial services to attend graduate school at the University of Pennsylvania between August 2002 to January 2004. Investigators also believe the official, Ellen Frishberg, was paid $42,000 as a consultant for the company from April 2004 to October 2005.

Frishberg was placed on paid leave pending an inquiry by the university into the circumstances of the payments, said Johns Hopkins spokesman Dennis O'Shea. He said the university is cooperating with the attorney general's request.

Cuomo's office said Timothy Lehmann, the director of financial aid at Capella University, an online school based in Minneapolis, Minnesota, was paid more than $13,000 in consulting fees by Student Loan Xpress.

Cuomo's office also said a consulting company run by Walter Cathie, the dean of financial aid at Widener University in Pennsylvania, was paid $80,000 by Student Loan Xpress since 2005.

Capella did not immediately return a call for comment. Dan Hanson, a spokesman for Widener, did not have an immediate comment.

Cuomo is investigating allegations of possible kickbacks to school officials for steering students to certain lenders. His investigators say they have found numerous arrangements that benefited schools and lenders at the expense of students.

The company, a unit of CIT Group Inc., is one of several targeted by the state attorney general in his investigation of the$85 billion (63.56 billion EUR) student loan industry.

The three men could not be immediately reached for comment Monday. The company declined to make them available.