A judge ordered a medical examination for a writer who is accused of posing as a firefighter and sexually abusing a woman because he sustained repeated head injuries in jail. 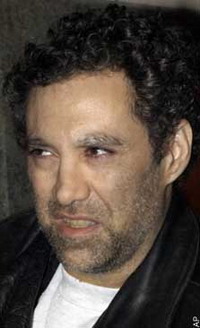 State Supreme Court Justice James Yates ordered the exam Monday after a four-day hearing on Peter Braunstein's condition. The judge noted that lawyers on both sides agree Braunstein is mentally fit for trial, but he wants to know whether three skull fractures and brain bleeding have left him physically unable to participate.

He cited a statute saying that if a judge believes a defendant is incapacitated and might not be able to assist in his own defense at trial, the judge must order an examination for the defendant. The examination will include psychological and medical tests.

Braunstein, 42, is accused of sexually abusing a 34-year-old former co-worker at Women's Wear Daily in her Manhattan apartment for 13 hours starting Halloween night 2005.

He wore a firefighter's outfit and set a fire in the hallway outside the woman's apartment before banging on her door, prosecutors said. He was on the run for six weeks before being captured in December 2005 on the University of Memphis campus in Tennessee. He stabbed himself in the neck several times in an apparent suicide attempt as a campus policeman approached.

Braunstein's lawyer, Robert C. Gottlieb, says he will present trial evidence that his client was mentally ill at the time of the alleged attack on the woman and therefore should not be held criminally responsible for it.

During the hearing, Gottlieb asked that the trial be postponed. He said that Braunstein has severe headaches because of the head injuries and that the drugs he takes for pain, mood swings and high blood pressure leave him "zoned out."

Assistant District Attorney Maxine Rosenthal, who says jail guards reported Braunstein deliberately cracked his own skull on a cell sink, told the judge she thought the headaches might not be as severe as the suspect claimed and asked that the trial start right away.

The judge adjourned the case until Thursday.