Marines and sailors detained in Iran should not sell their stories

A decision by Britain's Ministry of Defense to allow the marines and sailors detained in Iran to sell their stories to media outlets has outraged some military and political figures. 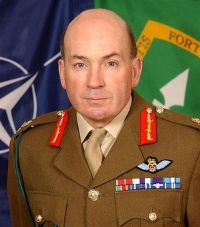 Marines and sailors detained in Iran should not sell their stories

But with newspapers and television chasing after the captives' accounts, some argue that the stories would have emerged anyway more than likely in exchange for a check from relatives or "friends."

The first stories appeared Monday in The Sun and the Daily Mirror, with The Sun bagging the most sought-after sailor, Faye Turney, the only woman among the captives. Financial terms were not disclosed.

Neither government seemed prepared to drop their dispute over the incident.

Turney, however, said she was separated from her colleagues and held in isolation for days at a time.

Turney, 25, told of fearing she had been measured for a coffin, being told that all her comrades had been sent home, and being forced to strip to her underpants.

The crux of her story, however, was that her "confession" that the British patrol boat intruded into Iranian waters was false and made under duress.

In an interview with ITV to be broadcast Monday, Turney said she "felt like a traitor" when she wrote a letter apologizing for straying into Iranian waters.

"I had no choice. If I didn't comply I was looking at being charged a spy," she told interviewer Trevor McDonald.

Turney said she had not accepted the highest offer for telling her story, and would donate an undisclosed portion of her fee to benefit the crew of her ship, the HMS Cornwall, and their families.

The Daily Mirror published the story of Arthur Batchelor, 20, who said he was singled out by the Iranian captors as the youngest of the group.

"A guard kept flicking my neck with his index finger and thumb. I thought the worst," he recalled of the first moments after being captured.

Batchelor also spoke to The Associated Press on Friday in an unpaid interview.

Paying for exclusives is a long-standing practice in Britain, though more usually the story involves sexual capers. Some of the most controversial payments were offered to witnesses in criminal cases, with more money promised if someone was convicted.

Royal Marine Capt. Chris Air, who accepted no money for interviews, said his colleagues were entitled to do so. "I think it can be part of the process to get things off their mind," Air said.

Royal Navy Lt. Felix Carman, another of six former captives who appeared at a news conference on Friday, told GMTV he thought accepting money was "a bit unsavory."

However, Carman added, "I don't begrudge people who have been through an awful ordeal making a bit of money out of this."

Reg Keys, whose son Thomas was killed in Iraq four years ago, said he believed the government was using the sailors to pursue a propaganda battle with Iran, and he found that offensive.

"There are people serving in Iraq with possibly far more interesting stories who are not allowed to talk to the media," Keys said. "When my son died, his colleagues were not allowed to speak to their families about it, let alone the press."

Michael Heseltine, a former defense secretary, said he was "profoundly shocked" by the ministry's decision.

"What an extraordinary story that people who every day take calculated risks with their lives are expected to earn relatively small sums of money whilst people who get themselves taken hostage, in circumstances which are worth exploring, can make a killing," Heseltine told BBC radio.

The argument about paid interviews overshadowed for now any questions about the navy's tactics in patrolling the area close to Iranian waters, and the crew's decision not to resist arrest.

Air, in an interview published Monday by the Manchester Evening News, said the Iranians were armed with a heavy machine gun and rocket-propelled grenade launchers.

Air said he ordered his troops to put down their weapons.

"There were a couple of people about to make the wrong decision, and draw their weapons out to defend themselves. That would have caused more harm," Air was quoted as saying.

"We would have been within our rights to consider it, but if they had opened fire it wouldn't have mattered if we were wearing two sets of body armor it would have cut us in half."