The authorities of Egypt have arrested a Palestinian in the Sinai Peninsula who allegedly crossed from Gaza to Egypt in one of two recently dug underground tunnels. 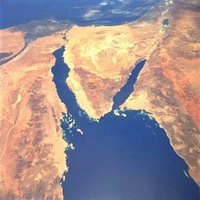 The two tunnels were uncovered in the Egyptian border city of Rafah. The first tunnel was found by border guards and police in the area, who earlier arrested a Palestinian man in his early 20s as he tried to cross the border in the freshly dug tunnel, the official said.

Capt. Mohammed Badr of the North Sinai Peninsula police said after searching the tunnel, police also found water and food inside of it.

Badr added that security authorities were questioning the Palestinian man.

Another tunnel was discovered inside a residential area in the city of Rafah, Badr said. Security forces did not seal off the second tunnel because they hope to arrest more people trying to sneak into or out of Egypt, he said.

Israel has long accused Egypt of not doing enough to stop the smuggling of weapons to Palestinian militants. Egypt has rejected the allegations but recently said it would make a greater effort to crack down on the trafficking.