Presidential candidates in the United States have announced their record-breaking fundraising results for the first three months of a campaign. It is expected to be the first-ever billion-dollar (750 million EUR) election. 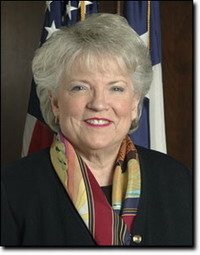 While the figures are astounding, the mostly private campaign finance system currently in place virtually demands that candidates raise vast amounts early and never let up.

Changes in the schedule of state primaries - preliminary elections that decide which candidates will lead the two major parties' tickets - have added to the need to raise ever more money. Candidates will have to compete simultaneously in a greater number of early-primary states, with the subsequent travel, staffing and other expenses that entails.

A slight increase in the legal limits of individual donations have empowered them to raise more, but the basic dynamics remain the same. A successful presidential campaign requires winning the votes of millions through expensive advertising, while mobilizing staffs of hundreds across the country.

"An American presidential election is like a world war fought on many fronts in which you really have to deploy your forces across a large geographical area," said Ross Baker, professor of political science at Rutgers University.

Candidates seeking the nomination of their parties undergo a complex series of tests in individual states' primaries, which occur over a number of months. The earlier primaries tend to be more important because the parties coalesce around the leaders as weaker candidates start dropping out.

For this election, several states have moved up their polls, condensing the schedule toward the beginning and forcing candidates to travel back and forth among a number of distant states. Almost half the states are holding their primaries on Feb. 5 or considering that date, including vote-rich New York and New Jersey on the East Coast and California on the West.

In response, candidates will charter large planes to carry staff to events in disparate corners, booking out hotels and maintaining on-the-ground operations in important states throughout the campaign.

They also will have to rely ever more on television advertising in major urban markets that reach the maximum number of voters. As candidates with larger coffers buy up limited advertising time in the expensive urban markets, television companies will raise prices like auctioneers. Unlike in many countries, the government does not dictate prices, but it does require that any candidate be given equal opportunity to buy.

Legislators tried in the 1970s to reverse the growing importance of money by providing a limited system of public financing for the general election by offering matching funds from the federal government for candidates who agree to cap their spending at a specified level. Top candidates have begun opting out of that system, however, reasoning that they can raise far more than the government offers.

The early fundraising totals reflect the need to meet these great expectations. But candidates also have been trying to prove their competitiveness through raw numbers.

"It's become a kind of primary by checkbook," Baker said. "And the dollar figures may be more indicative of early strength than opinion polls."

Obama surprised the political establishment by announcing he had raised just a million dollars less than Clinton's record $26 million (19.4 million EUR). Obama's $25 million (18.7 million EUR) suggests that a relative newcomer, only a few years removed from a post in Illinois state politics, can compete with Clinton, the best-known candidate in the race.

In contrast, Republican John McCain, once considered the front-runner in his party, raised questions about his operations by bringing in a mere $12.5 million (9.4 million EUR), significantly behind competitor Mitt Romney at $23 million (17.2 million EUR) and Rudy Giuliani at $15 million (11.2 million EUR).

The need to make an early impression is even greater in this election cycle, because for the first presidential election in half a century with neither an incumbent president nor a vice president as a candidate.

With a wide-open field, candidates are trying harder than ever to gain front-runner status and to get commitments from established party fundraisers who usually back incumbents.

Obama surprised many by announcing that he had attracted 100,000 donors, nearly twice as many as Clinton, who has the advantage of former President Bill Clinton's connections and clout.

Much of the difference may reflect Obama's greater success in raising money on the Internet, which emerged during the 2004 election as an important medium for collecting money from smaller donors, signalling

The large number of donors signals not only a candidate's strength among potential voters, but also the possibility of raising more money from the same people.

Clinton's campaign often solicited the full $4,600 (3,400 EUR) donations, while Obama's campaign focused on recruiting small dollar donors. In the coming months, he can return to those donors and ask those who have not contributed the maximum to give more.

The steller results for the Democrats may cause nervousness among Republicans. Though they have dominated Democrats in the money department for decades, in the early months of this campaign, Democrats beat them by almost two-to-one.