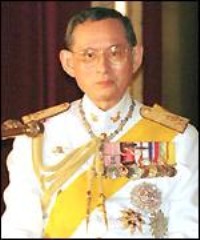 The popular video-sharing site YouTube can be banned for releasing two more videos mocking Thailand's revered king. The Thai Government is quite angry.

"The Web site will remain blocked until all the video clips are removed," Sitthichai Pookaiyaudom, the minister of information and technology, told The Associated Press.

Those who posted the videos "want to create trouble. They have bad intentions for Thailand," said Sitthichai, who was appointed as part of a military-installed government after a September coup.

Thailand blocked YouTube on Wednesday after its owner, Google ( Inc., refused to remove a video that showed a slideshow of King Bhumibol Adulyadej juxtaposed with imagery deemed to be offensive.

Insulting the monarchy in Thailand is a criminal offense known as lese majeste. Last week, a Swiss man was imprisoned for 10 years for vandalizing portraits of the king.

The initial video, which was withdrawn Thursday, showed pictures of feet over the king's head - a major cultural taboo in Thailand, where feet are considered dirty and offensive - and graffiti scrawled over the 79-year-old monarch's face. At least one still frame from the video remained on the site.

A variation of the withdrawn video reappeared Friday, along with a new one that showed a picture of the king superimposed with a monkey's face. It also carried messages with profanities and said that Thailand's "leaders are evil and hate free speech."

Sitthichai said the government was "in talks with Google to deal with the case."

Before the appearance of the two new videos, YouTube said it was "disappointed" the site had been blocked in Thailand.

"The Internet is an international phenomenon and while technology can bring great opportunity and access to information globally, it can also present new and unique cultural challenges," said Julie Supan, head of global communications for YouTube.

The YouTube ban has drawn sharp reactions from critics and proponents in Thailand. Some have criticized the ban as a violation of freedom of expression and another sign of censorship by the military-installed government, which took power after a coup ousted former Prime Minister Thaksin Shinawatra.

Many viewers, however, have reacted with outrage, hurling abuse at the clip's creator.

Some newspaper columnists have praised the ban saying YouTube should respect cultural sensitivities and not allow videos considered illegal in Thailand.

Tech-savvy Web surfers in Thailand have been able to access the videos through the use of proxy servers - computers outside the country that relay YouTube content back to the original viewer. Proxy servers are a common way of evading censorship.