A member of Siemens AG management board was detained last week in one of a series of corruption investigations that involved the firm. Later on he was released on bail. 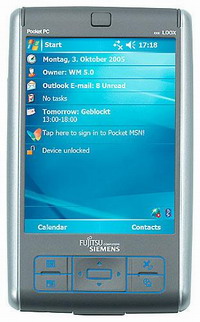 Johannes Feldmayer was detained March 27 as part of an investigation into payments from Siemens to a company led by the head of the AUB labor organization, Wilhelm Schelsky.

Feldmayer posted a bond and will have to fulfill other conditions, said Andreas Quentin, a spokesman for prosecutors in Nuremberg. Neither he nor Siemens would give further details.

The breach of trust investigation centers on payments to Schelsky's firm of at least 14 million EUR (US$18.7 million) over the past five years.

Siemens has said that Schelsky had acted as an adviser to the company on employee training and other issues, but that his contract with the company - which Feldmayer signed - had been canceled at the end of 2006. Schelsky has been in custody since February.

Last week, Siemens said Feldmayer - responsible for information technology services, real estate, and building technologies - had been temporarily relieved of his duties at the Munich-based company at his own request.

Germany's IG Metall industrial union this week filed a criminal complaint with prosecutors alleging that Siemens may have financed the tiny AUB in an effort to build it into a rival.

However, AUB said in a statement Wednesday that it "at no point received payments or other donations from Siemens."

Schelsky, who has resigned as head of the organization, caused AUB "serious damage through his clearly numerous activities as a management consultant," it added.

Siemens has been plagued recently by separate corruption allegations, prompting Chief Executive Klaus Kleinfeld to hire an outside anti-corruption expert and a law firm to examine and revise the company's safeguards.