Guido Rossi to be fired

The largest shareholder of Telecom Italia planned to fire chairman Guido Rossi nesday, just days after upsetting Italian politicians by entering talks to sell a controlling share to AT&T and its Mexican subsidiary. 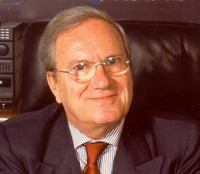 Guido Rossi to be fired

Olimpia, the holding company set up by Pirelli and Benetton group to control Telecom Italia, omitted Rossi's name from a list of proposed new board members released ahead of a shareholders' vote April 16 - a move that appears to number Rossi's days at the helm of the former telecommunications monopoly.

Rossi, a widely respected figure who once ran the stock market regulator and was appointed soccer commissioner to steer the game through last year's scandals, became chairman in September after Marco Tronchetti Provera resigned in a spat with the government over the company's future. Media reports have said relations between the two have been strained, however Rossi has maintained that the pair were able to work together.

Still, there have been no signs that Olimpia was consulting with Telecom Italia management on exclusive talks to sell two-thirds of its 18-percent stake to AT&T and America Movil. Olimpia is 80 percent controlled by Pirelli, which is run by Tronchetti Provera, and 20 percent by Benetton.

Rossi was quoted by the Milan financial daily il Sole-24 Ore as saying he would not give up the post easily.

"Even if Pirelli decides not to put me on the list for the Telecom Italia Board, I will present myself at the shareholders meeting anyway: I remain officially the chairman of Telecom Italia and as such I will preside over the meeting," he said. "I don't intend to resign for no reason: The future of the most important company in the country is in play."

Rossi could still be put up for the board by a minority shareholder - but Olimpia's decision to leave him off the list means he would face a difficult time mustering votes to stay on the board. The deadline for publishing candidates is Thursday.

Rossi could also be named to replace a board member who resigns in the future.

While Rossi's name was excluded, the names of the current chief executive Riccardo Ruggiero and deputy chairman Carlo Buora were included on Olimpia's list of 17 names.

Italian news agency MF-Dow Jones reported that Olimpia will seek to name as chairman Pasquale Pistorio, the former head of the SGS Group, the only Italian microelectronics company. Pistorio's name also was on the list.