Foot and mouth disease in North Korea under control 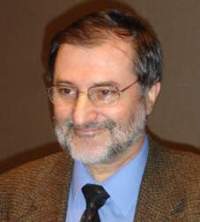 Foot and mouth disease in North Korea under control

The U.N. food agency said Wednesday that foot and mouth cattle epidemic in North Korea is under control and added that virus will not spread further.

The disease was brought into the country through a shipment of live animals and the outbreak started in January at a farm near the capital, Pyongyang, the U.N. Food and Agriculture Organization said after the return of a one-week mission to North Korea.

It was the first outbreak of foot and mouth in North Korea since 1960.

Joseph Domenech, the chief veterinary officer at the Rome-based agency, said that based on the visit to the infected area and discussions with the country's veterinary authorities, "we concluded that there is a limited risk that new outbreaks could occur."

Since the outbreak, quarantine officials have killed more than 400 infected cattle and some 2,600 pigs to prevent the spread of the virus. Last month, South Korea sent a shipload of disinfectant to help its impoverished neighbor deal with the disease.

North Korea has suffered from food shortages since the mid-1990s, when natural disasters and mismanagement devastated its economy and led to a famine estimated to have killed some 2 million people.

While foot and mouth is not known to affect humans, it is highly contagious among cloven-footed animals, causing blisters on the mouth and feet.

The U.N. agency said it is drafting a proposal to help North Korea import high-quality vaccines and improve its surveillance of animals to avoid future outbreaks.