Former President Bill Clinton was among the celebrities who welcomed Elton John into what the politician quipped was one of his favorite clubs - "the 60-year-olds." 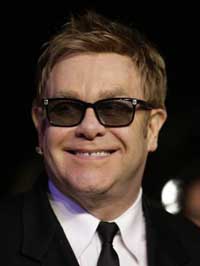 "Every time he sings, it reminds me we have a little juice left in us," Clinton said Sunday at the music legend's 60th birthday celebration at Madison Square Garden. It was also the 60th time that John had performed at the arena.

The birthday boy took the stage with a gospel choir backing him up as he played songs such as "60 Years On" and "Take Me To The Pilot."