The Hungarian government said Wednesday a NATO radar station would be built in southern Hungary despite opposition from environmentalists. 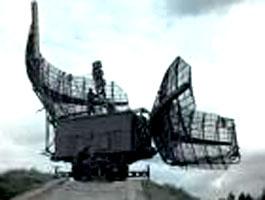 The construction of a radar station on Tubes Hill, near the city of Pecs and 200 kilometers (125 miles) south of Budapest, would endanger wildlife and hurt tourism, environmental groups said. They also expressed concerns about the possible effects of the radar's electromagnetic field.

A referendum in Pecs on Sunday was declared invalid due to low voter turnout, even though 94 percent of those who voted opposed the radar station.

Government spokesman J. Zoltan Gal said the government on Wednesday approved the plan to build on Tubes Hill and authorized the defense minister to hold talks with NATO about the project, which will be financed by the military alliance.

Gal said the government would ensure the safekeeping of environmental standards during construction and would consult with authorities from Pecs.

Earlier, the government had proposed building the radar on Zengo Hill, some 15 kilometers (9 miles) from Tubes, but changed its plans also because of environmental concerns. Hungary, along with Poland and the Czech Republic, joined NATO in 1999.