Thailand's military-installed government named a new finance minister and three deputy ministers on Wednesday in an effort to address mounting doubts about the country's economic and political stability. 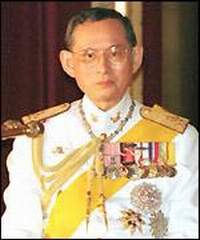 Chalongphob, who has been heading an economic think tank, filled the post vacated last week by Pridiyathorn Devakula, who abruptly resigned over what he described as bitter disputes within the government.

The reshuffle came amid rising criticism of the government of Prime Minister Surayud Chulanont, appointed by the military after it ousted elected Prime Minister Thaksin Shinawatra in a coup last September.

Surayud's government, which shares administrative power with the military, has been criticized for a series of bungled policies and embarrassing reversals.

Reaction to the Cabinet changes was mixed, with analysts saying the government missed an opportunity for a major overhaul.

"The reshuffle was disappointing," said Thitinan Pongsidhirak, a political science professor at Chulalongkorn University. "It was a chance to clear the deck and shape up a Cabinet that is lackluster and uninspiring."

Thitinan said the government's main challenges were a lack of direction and a crisis of confidence. "This reshuffle does not solve that," he said.

"He is deeply knowledgeable, independent and nonpartisan," he said. "He's the kind of person that the market wants to see."

Phondej Pinprathep - an assistant to Paiboon - was named deputy minister of social development and human security, and Morakot Kornkasem, an adviser to the Health Ministry, became deputy health minister.

Chalongphob has been president of the independent Thailand Development Research Institute, one of the country's leading economic think tanks. He also worked with the World Bank and taught economics at the University of California at Berkeley in the late 1970s.

His predecessor, Pridiyathorn, had struggled to save face after the government introduced highly controversial policies that spooked foreign investors, including capital controls aimed at curbing the baht's appreciation and restrictions on foreign ownership of Thai companies.

He blamed his departure on differences of opinion with other Cabinet ministers and officials.

As an economic adviser to Surayud, Chalongphob opposed the capital controls.

Hopes were high last year when Surayud's original Cabinet appointees included well-respected economists, high-profile civil servants and two retired military officers. They were expected to govern efficiently and responsibly, in contrast to Thaksin, who had been accused of corruption and abuse of power.

But Surayud's interim government - which is be replaced by a new elected one by the end of this year - has been seen as weak and indecisive, with few accomplishments, the AP says.

Violence has increased in the country's far south, where a Muslim separatist insurgency has led to about 2,000 deaths in the past three years.

The government has been unable to solve an unprecedented series of bombings in Bangkok on New Year's Eve which killed three people and wounded 40.

Even high-profile efforts to investigate Thaksin for alleged corruption have so far failed to bear fruit, while the government has retained post-coup restrictions on democratic freedoms, saying Thaksin's supporters remain a threat to stability.