Beverly Hills may have its first mayor of Iranian origin

A city councilman running for re-election was hoping to become the first Iranian-born mayor of Beverly Hills, a sign of the growing clout of Iranian immigrants in Southern California. 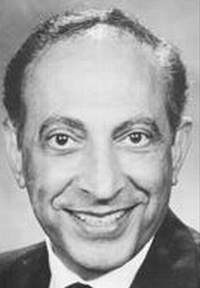 Beverly Hills may have its first mayor of Iranian origin

With 70 percent of precincts reporting results from Tuesday's voting, Jimmy Delshad was in third place in a tight race behind planning commissioner Nancy Krasne and the Los Angeles suburb's current mayor, Steve Webb. Krasne had 25 percent of the votes, while Webb had 22 percent and Delshad had 21 percent, said Robin Chancellor, a spokeswoman for the city. The top two finishers will get seats on the City Council.

In Beverly Hills, re-election to the council would give Delshad the seniority to be named mayor. The mayor is the presiding officer of the council; a hired city manager is the city's executive officer.

The chance to become one of the highest ranking Iranian-American officials in the United States is not lost on Delshad.

"Iranians have always been successful in business and education," Delshad said. "But they don't think of themselves participating in politics even though local politics is what most impacts their lives."

An Iranian influx into Southern California began after the Shah was toppled in the Islamic revolution of 1979, prompting thousands of Iranians - especially Jewish and educated classes - to come to America. Today about 8,000 of Beverly Hill's approximately 35,000 residents are of Iranian descent.

Delshad moved to Beverly Hills 18 years ago after immigrating to America as a teenager. He started a successful computer hardware company, and sold it after being elected president in 1999 of the Sinai Temple, a conservative Jewish congregation a few blocks west of city limits.

He has campaigned on promises to improve traffic flow, provide free Internet service and install "smart" cameras that can alert police departments to criminal activity, the AP says.

The Iranian-American presence in Beverly Hills became a campaign issue last month when sample ballots were sent out in Farsi and English. City Hall received hundreds of complaints by phone and e-mail, said Byron Pope, the city clerk.

Delshad said he opposed the bilingual ballots and tried to make clear he had nothing to do with them.

"The Iranian community is one of the most educated minorities in America and reads English well," he said. "The ballots only caused confusion, and were an insult to many Iranians."