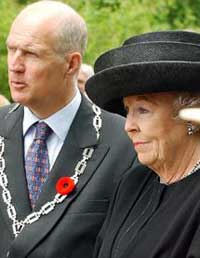 Queen Beatrix of the Netherlands started a four-day state visit to Turkey on Tuesday, her first visit to the predominantly Muslim but secular country that wants to join the European Union.

Beatrix was also scheduled to tour the central Anatolian city of Kayseri and Istanbul during her trip.