The California state medical board said it is investigating a doctor who may have prescribed methadone to Anna Nicole Smith through a prescription that contained an alias. 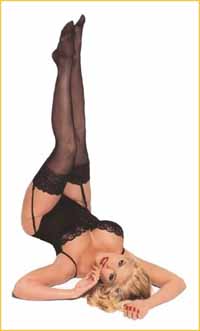 The Medical Board of California began looking at Dr. Sandeep Kapoor after receiving information about possible misconduct, board spokeswoman Candis Cohen said Thursday. Cohen declined to give details on the allegation or its source but said it was connected to Smith.

Smith, who was living in the Bahamas, died Feb. 8 in Florida at age 39. The cause is under investigation.

Among other things, the board is investigating whether it is legal to prescribe drugs for someone using an alias, Cohen said. She described the review as routine and said the board is obligated to review all allegations of physician misconduct, the AP reports.

The celebrity news Web site TMZ.com this week published what appeared to be a 2006 pharmacy receipt for a methadone prescription written by a "Dr. Kapoor, S." to a "Chase, Michelle." TMZ said Smith used the name as an alias.

A woman who answered the telephone at a listing for Kapoor in Los Angeles hung up when The Associated Press called Thursday.

The California Health and Safety Code, which governs public health, includes several sections stating that no person who prescribes or dispenses a controlled substance may give a phony name or address or make any false statements in the prescription form.