Portugal will vote in favor of lifting the country's ban on abortion in a weekend referendum, five opinion polls published Friday indicated. 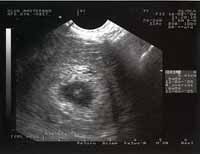 The polls, which appeared in national newspapers, found that between 52 percent and 58 percent of those questioned intended to approve the government's proposal to permit abortion up to the 10th week of pregnancy in Sunday's ballot.

Currently, the procedure is allowed in this conservative Roman Catholic country only in cases of rape, fetal malformation or if a mother's physical well-being is in danger.

In the 27-member European Union, only Poland, Ireland and Malta have similar restrictions. Most of the bloc allows abortion, though with certain limits.

The polls also suggested enough Portuguese will vote to make the ballot binding.

In a 1998 referendum on the same question, the Portuguese balked at making a decision and the vote was declared void after fewer than the mandatory 50 percent-plus-one of the country's 8.9 million registered voters turned out.

The center-left Socialist government, which for years has demanded abortion rights, has led the campaign to change the law, against resistance from conservative parties and the Catholic church.

Prime Minister Jose Socrates told a rally in Lisbon late Thursday that the Portuguese should vote "for progress."

"Either we keep Portugal in the group of most undeveloped and most conservative countries, or we embrace modernity," Socrates said.

At the same time, opponents of abortion filled a main Lisbon theater where leaders of civic movements listed abortion statistics in countries where the law is more liberal, reports AP.

"This is not the kind of society the Portuguese want to build for their children," said Isabel Neto, one of the leaders of a movement called "No Thanks."

Friday was the last day of campaigning before an official "day of contemplation" on the eve of the referendum.