Palestinian Authority Chairman Mahmoud Abbas is expected to meet in Damascus on Saturday with Khaled Meshal, the head of the Hamas political bureau, according to Palestinian parliamentarian Ziad Abu Amar. 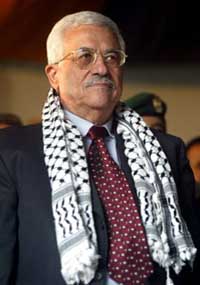 Abu Amar and Mohammed Rashid, the economic adviser to the later Yasser Arafat, have been busy for weeks mediating between the two Palestinian leaders.

Abu Amar, who is now in Jordan following meetings in Damascus with Meshal, told Haaretz that there has been significant progress in talks to create a Palestinian national unity government. There are still issues, he said, that require talks between Abbas and Meshal, but did not specify, reports Haaretz.

According to Xinhua, a coalition government is also sought to lift international sanctions imposed on the Hamas-led government which rejects to meet the demands of Quartet. The Middle East Quartet demands Hamas to recognize Israel and abide by peace deals after renouncing violence.

Meanwhile, Hamas has announced readiness to join a meeting aimed at cooling the atmosphere with Fatah in Gaza ahead of launching a new round of unity government talks. The Hamas position was declared after a delegation from the Islamic Jihad (Holy War) met with Hamas leaders in Gaza as part of the mediation moves.

The Israeli official said the money would be transferred directly to Abbas for use in humanitarian efforts and to boost his security force. The official, speaking on condition of anonymity because the decision had not yet been formally announced, said Israel was satisfied by assurances that the money would not go to the Palestinian Finance Ministry, which is controlled by Hamas, informs ABC News.