Japan must debate whether children should be vaccinated before the elderly to protect the country's future in the event of an influenza pandemic, according to draft government guidelines released Friday. 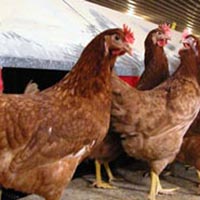 The bleak guidelines, drawn up by the Health Ministry, also call for a study of the country's crematoriums to determine whether they are prepared for the many deaths expected in a serious human flu outbreak.

Concerns of a possible flu outbreak in Japan have risen in the past week after the virulent H5N1 strain of bird flu, which has caused more than 160 human deaths worldwide, was detected in chickens in southern Japan. So far, Japan has had one confirmed human case of bird flu, but no reported deaths.

Should a human flu pandemic break out and vaccine supplies fall short, the country must choose whether it wants to "minimize deaths" or "protect the future of Japan," the draft says.

To minimize deaths from a virus, the elderly, who can be particularly vulnerable to influenza, would be given vaccines before children.

But to protect the country's future, children would have to receive vaccines before the elderly and others deemed medically vulnerable, according to the guidelines, which will be finalized later this year after input from an expert panel and the public.

An H5N1 viral pandemic could infect one in four people in Japan and kill up to 640,000 across the country, according to official estimates released last year.

Person-to-person infections of the H5N1 virus have been very rare, with most patients getting the disease from direct contact with sick birds.

But scientists fear that the virus could mutate into a form more easily passed between people, sparking a pandemic.

The government says it expects 25 million people to seek treatment at hospitals swamping medical services and bringing society to a standstill. The ministry says the public must step up personal hygiene and stock up on water, food and toiletries and stay indoors if an outbreak occurs, reports AP.

Elsewhere, the guidelines urge authorities to inspect crematoriums to make sure they can deal with a surge in deaths.

But if too many die, the guidelines say bodies may have to be buried without cremation to speed up the handling process.