North Korea said it reached an unspecified agreement with the U.S. this week on its nuclear weapons program, but USA's top nuclear envoy said Friday he was unaware of any such deal. 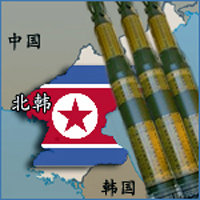 North Korea's Foreign Ministry said the talks between U.S. envoy Christopher Hill and North Korea's main nuclear negotiator Kim Kye Gwan had been held "in a positive and sincere atmosphere and a certain agreement was reached there." No further details were given.

But Hill, who arrived Friday in Seoul, said he wasn't aware what agreement the statement was referring to. He called the talks in Berlin "very useful discussions."

Hill and Kim met for three days and were believed to be discussing when to convene the next session of international talks on the North's nuclear programs, among other issues. The last session in Beijing in December - held after the North conducted its first-ever nuclear test in October - ended without any breakthroughs.

"We paid attention to the direct dialogue held by the (North) and the U.S. in a bid to settle knotty problems in resolving the nuclear issue," the North's ministry said Friday in a statement released by the country's official Korean Central News Agency.

Hill said, however, that the international denuclearization talks - which also involve China, Japan, Russia and South Korea - were still the main forum for discussing the North's nuclear weapons program. He said it was still not clear how this week's bilateral discussion between the U.S. and North Korea would help advance the international talks.

Hill said he hoped the six-nation forum would meet again before the Lunar New Year holiday celebrated across Asia that falls this year on Feb. 18.

"It's up to the Chinese (hosts) but I would think we'll have a six-party meeting pretty soon," he said.

The U.S. diplomat was heading to Tokyo and Beijing after meeting with South Korean officials Friday.

At the last international nuclear talks, the North refused to engage in any discussion of its arms program and repeated a demand for the U.S. to lift its blacklisting of a Macau bank. The U.S. had accused the bank of being complicit in the communist country's alleged counterfeiting and money laundering and led the bank to freeze North Korean assets worth about US$24 million (euro 18.3 million).

The U.S. is holding separate financial talks with North Korea, but the last session that met alongside the nuclear talks in December made no progress, the AP reports.

Hill said a tentative date has been set for the next financial talks but did not elaborate. He added that a location for the discussions had yet to be decided. The U.S. had proposed the two sides meet in New York.