A Dutch oil tycoon on Thursday waived his rights to an extradition hearing and was to return voluntarily from Bermuda to the Netherlands for questioning about a tax scam linked to one of his banks, where traders allegedly stashed hundreds of millions of dollars (euros) in illicit gains. 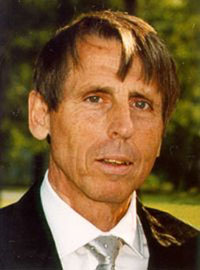 At a court hearing, he waived his rights to a full extradition hearing and agreed to leave the British territory with two Dutch police officers.

Deuss denies any wrongdoing and he has not been charged in the alleged scam. Carousel fraud, which costs governments billions of dollars (euros) a year, involves traders repeatedly importing and exporting goods across national borders, and siphoning value-added tax payments into private accounts instead of making the payments to governments.

Dutch Justice Ministry spokeswoman Valentine Hoen said that Deuss will likely be arrested shortly after his arrival in Holland. Dutch police raided an office and home in the Netherlands on Sept. 5 in connection with the investigation, she said.

The 64-year-old Bermuda resident will be questioned on suspicion of money laundering, handling stolen property and being in charge of a criminal organization, Dutch authorities said in an extradition warrant filed last month.

A week after appealing to the public for information about the reclusive trader's whereabouts in the tiny British Atlantic territory, police arrested him last Friday at a property he has used to accommodate the pilots who fly his private jets.

Deuss was released on US$10 million (Ђ8 million) bail after his lawyers said the businessman would voluntarily travel to his home country with Dutch police. The trader's defense team includes British attorney Clare Montgomery, who represented former Chilean dictator Gen. Augusto Pinochet in his pursuit of immunity from foreign courts in the late 1990s, reports AP.

Earlier this month, the Bermuda Commercial Bank announced without explanation that Deuss was resigning as its chairman, along with board member Tineke Deuss, his sister, and the bank president. All three are directors of First Curacao International Bank, which is the largest shareholder of Bermuda Commercial Bank.