Colleague confronted US congressman involved in cybersex scandal in 2000

Republican Congressman Jim Kolbe confronted then-Congressman Mark Foley about his Internet communications with teenagers as early as 2000, according to a newspaper report. 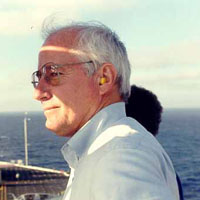 Colleague confronted US congressman involved in cybersex scandal in 2000

The Washington Post reported Sunday night that a former page showed Kolbe some Internet messages from Foley, also a Republican, that had made the page uncomfortable. Kolbe's press secretary, Korenna Cline, told the Post that a Kolbe staff member advised the page last week to discuss the matter with the clerk of the House.

Cline denied the messages were sexually explicit, telling the Post only that they had made the former page uncomfortable. She said "corrective action" was taken, although she did not know whether that went beyond Kolbe's confrontation with Foley.

Rank-and-file Republicans, meanwhile, sought to mount a public defense of Speaker Dennis Hastert over the scandal, which is threatening their congressional control one month before the elections.

But a House Republican leader under fire for his handling of the scandal canceled a national broadcast appearance and one Republican lawmaker said those who participated in a cover-up would have to resign.

"Anybody that hindered this in any kind of way, tried to step in the way of hiding this, covering it up, is going to have to step down. Whoever that is," said Congressman Tom Davis on Sunday.

The House ethics committee is investigating the matter. If it finds evidence of a cover-up, the punishment could range from a mild rebuke in a committee report to a House vote of censure or expulsion.

Congressman Thomas Reynolds, who heads the House Republicans' re-election effort, would have been the chamber's top Republican official on the Sunday talk shows. Booked weeks ago for ABC's "This Week," his office canceled without explanation on Saturday and arranged for a substitute guest, Congressman Adam Putnam, a Florida Republican, a network spokeswoman said.

Reynolds has been criticized by Democrats who say he did too little to protect a male teenage House intern from Foley, the Florida Republican who resigned Sept. 29 after the disclosure of his sexually explicit electronic messages to teenage former former teen interns. Foley is now under investigation by federal and Florida authorities.

The scandal has ignited a political firestorm, jeopardizing the Republican majority in the U.S. Congress just before the Nov. 7 elections, when American voters will select all 435 members of the House of Representatives, 33 of the 100 senators and 36 of the 50 state governors.

On the day after Foley resigned, Reynolds said he had told Hastert months ago about concerns that Foley had sent inappropriate messages to male teen interns after Reynolds became aware of them last spring, reports AP.

Hastert since has insisted he was not aware of the charges until more recently. Reynolds, meanwhile, now says he cannot remember exactly when he learned of Foley's e-mails or when he told Hastert about them.

Reynolds began an ad campaign Saturday in which he apologizes for not doing more.