Iran said it has filed a complaint with the International Monetary Fund against a U.S. Treasury Department ban on its Bank Saderat, state-run television reported on Monday. 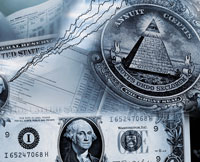 "Iran has officially submitted a complaint against the U.S. treasury for its ban on Bank of Saderat of Iran to the concerned agencies including the IMF," the broadcast quoted Ebrahim Sheibani, head of the Central Bank of Iran as saying.

Sheibani said the ban was politically motivated and the U.S. treasury has not provided any evidence for its claim.

The U.S. Treasury said since 2001 a Hezbollah-controlled organization had received US$50 million directly through Bank Saderat.

Iranian banks are barred from directly accessing U.S. financial institutions, but they are permitted to do so through banks based in other countries. On Sept. 8, the U.S. Treasury Department made a regulatory change to prevent Bank Saderat, a state-owned bank, from using that indirect access.

Iran has several times said its support of Hezbollah has been merely moral and spiritual. The Lebanon-based militant group is entirely Shiite Muslim. Most Iranians are also Shiites.

The United States, along with several Western countries, is pressing for sanctions on Iran over its nuclear program after it violated a United Nations ban to halt uranium enrichment. Tehran says the program aims to generate electricity. Its detractors believe that creating an atomic weapon is the actual goal.