Students at a sports school in China's northeast were caught using performance-enhancing drugs in a doping raid, state media said Wednesday, the latest scandal to hit the country's track and field athletes. 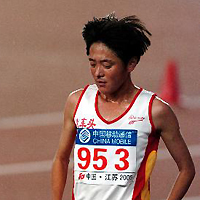 Officials from China's Olympic Committee Anti-Doping Commission and other high-level sports administrators paid a surprise visit to a training base used by the Liaoning Anshan track and field school on Aug. 8, the official Xinhua News Agency said.

According to AP the report did not say what prompted the raid or give further details.

An investigation has been ordered by China's top sports governing body, Xinhua said, and school staff faced criminal charges under China's anti-doping code, which was enacted in February 2004.

Doping was rampant in Chinese sports in the 1990s, and a string of scandals in international competitions ensued. But the government has tried to end the practice, launching a crackdown against the use of banned substances to restore its battered reputation in preparation for hosting the 2008 Olympics.

Last year, Chinese sports officials said they punished 17 athletes in 2004 for using performance-enhancing drugs, imposing penalties that ranged from fines to competition bans of up to two years.

In January, China's former head track coach received a lifetime ban by the anti-doping commission following drug violations by two of his runners.

The disgraced athletes included former world half-marathon champion Sun Yingjie, who was coached by Wang, and banned from competition for two years after she failed a urine test for the testosterone derivative androsterone.