U.N. report about increasing cases of violence against women in Afghanistan

Afghan women are at greatest danger in their own homes, said Meryem Aslan, the country director of the U.N. fund for women's rights, UNIFEM. 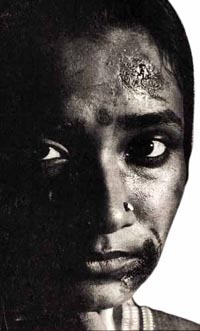 U.N. report about increasing cases of violence against women in Afghanistan

It paints a bleak picture for women who undergo physical, sexual and psychological violence in this conservative, Islamic country, which has long been wracked by violence and where women enjoy many fewer rights than men.

The survey warned that domestic violence against women is "hugely underreported" because of the stigma attached to it, the AP reports.