Poland: officials suggest Guenter Grass to give up honorary citizenship

The city council of the Polish Baltic city will discuss the matter in late August, after council members return from their summer vacations, said Renata Twardus, a city council official. 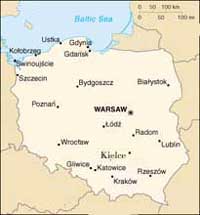 Poland: officials suggest Guenter Grass to give up honorary citizenship

Twardus said for now it appeared most council members opposed stripping the novelist of the honor. She gave no exact date for the debate, but said it would be some time after the city council convenes on Aug. 22.

The Nobel Prize winner revealed in a weekend newspaper interview that he was called up at age 17 to a Waffen SS division.

Former President Lech Walesa has said that Grass should voluntarily give up the honorary citizenship, according to an interview published Sunday.