Suarez, ranked 55th in the world, bounced back from losing the first set to take control of the match against Safina. One of 10 Russians entered in the event, Safina was ranked 15th. 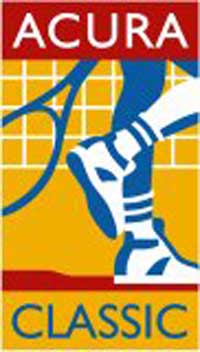 Most of the top seeded players begin play on Tuesday in the tournament which features six of the world's top 10 players, including No. 2 Kim Clijsters of Belgium.

No. 12-seeded Flavia Pennetta of Italy defeated Lisa Raymond of the United States 7-5, 6-3 in the featured night match.

The 14th-seeded Ana Ivanovic from Serbia cruised to a 6-2, 6-1 win over Japan's Akiko Morigami and Austria's Sybille Bammer beat Lucie Safarova of the Czech Republic 6-4, 6-7 (6) 6-1 in other night matches.

Jelena Jankovic of Serbia pulled off a mild upset with a 6-1, 6-4 victory over 16th-seeded Maria Kirilenko of Russia. Jankovic dominated in the first set before rebounding from a 4-1 second-set deficit.